‘The Grinch’ Will Leave You Grinning From Ear to Ear

Posted on December 9, 2018 by Jeffrey Totey Leave a comment

Honestly, I didn’t know how Illumination was going to pull this one off. For years we enjoyed Chuck Jones’ 1966 How the Grinch Stole Christmas. Then in 2000, Universal came out with the brilliant idea of creating a live action version of the story starring Jim Carrey, and at times, the Ron Howard-directed film was brilliant, but probably would have made for a better short. A little Carrey can go a long way. Though the film meant well, it was too full of pratfalls and chaos that it didn’t leave enough room for any heart. Eighteen years later Universal is trying it again, only this time going back to the animated route. And guess what? It’s fantastic

I find myself pleasantly surprised with each new Dr. Seuss adaptation that has come from the Illumination studios. Surprised because up until now it seem that only Jones understood Seuss, but both 2008’s Horton Hears a Who and 2012’s The Lorax have been good. However, Dr. Seuss’ The Grinch is by far the best of the three. It has all of the elements of the original story including much of the original text but instead of just adding “stuff” to make the story longer, directors Scott Mosier and Yarrow Cheney expanded the story and only changed a few minor details.

Of course, this classic tale is about the green Grinch, who lives isolated (by choice) in the mountains far away and above the little town of Whoville. He doesn’t like the Whos and can’t stand the season of Christmas. Like the narrator says (Pharrell Williams) nobody knew exactly the reason why. But unlike the original book and the animated Christmas TV special, The Grinch dares to explore the reasons for this this hatred and does so without getting sappy or by presenting a long, boring backstory. Instead, the Grinch becomes a lot more relatable. Even so, it is because of his hatred for the season that he decides that he will take away the Whos’ Christmas by stealing all of their stuff. That will show them.

Though modernized a bit, the film’s animation style is beautiful. The first moments of showing a group of snow-skiing birds is both clever and very Seuss-like. Then there is the scenes of the town of Whoville that is bustling with people and triple-decker buses. There is so much to see and not enough time to see it all. It is all very well done.

The biggest change to the story is that this Grinch (voiced by Benedict Cumberbatch) is surprisingly likable. He’s still a mean one to the people in town, but not at home. Instead of cowering in the corner, his dog Max is the Grinch’s only friend. Sure, Max is still treated like a servant somewhat, but there is a mutual affection here. And unlike the previous versions of the story, this Grinch’s place is actually pretty nice and he has a lot of nice stuff. Odd, but nice. (He’s got some really cool contraptions.) He doesn’t admit it, but he’s lonely and you’ll find yourself relating to him more than you thought. It is only after he realized how much emotional eating he’s done that he realizes that he’s out of food and will have to go to the Whoville Foods grocery store to buy more.

Along the way he runs into his neighbor, Bricklebaum, a new addition voiced by Saturday Night Live’s Kenan Thompson. Bricklebaum is the polar opposite of the Grinch who loves every part of the holiday. “He thinks we’re friends” the Grinch tells his pup on the way to the store. Regardless how rude the Grinch is, Bricklebaum just doesn’t get offended and invites him over for Christmas. He’s the perfect foil.

Another change to the story is how little Cindy Lou Who is portrayed. In this version, she’s a bit older and has a lot more going for her than her cute little puppy eyes. Cindy Lou (Cameron Seely) is kind, clever and determined. We learn that she lives with her single mother and two baby brothers. The addition of Donna Who (Rashida Jones) is also a nice touch to this story. Raising the kids by day and working at the local hospital at night, she’s worn out. Cindy Lou does her best to help her mom as much as she can. She’s an excellent role model for the kids seeing this movie.

Cindy Lou runs into the Grinch, literally, as she is chasing down her letter to Santa that got away. He blusters why bother writing to guy who nobody has ever seen. Now, I don’t know if this was on purpose or not, but this exchange seems like an allegory for Jesus. It is ironic that shortly thereafter he is  “chased” by an acapella group (the music comes from Pentatonix’s Christmas album) who just so happens to sing “God Rest Ye Merry Gentlemen” reminding this “merry” man about “Christ our Savior who born to us this day.” And like the original source, Santa doesn’t make an appearance. (Is there a message here? Probably not, but I’d like to think so!)

We also learn that the mayor of Whoville (the great Angela Lansbury) wants to make their Christmas celebration three times bigger than usual. Each family creates their own ornament to hang from the town’s huge tree showing the unity of the townspeople. Of course, the Grinch doesn’t contribute to cause, at least, not in the way you’d think.

Getting down to business, the Grinch schemes on how to pull off the perfect heist of robbing Christmas and the joy that goes with it. But even after the deed is done and people come together to sing their “Welcome Christmas,” the story continues further offering a story of repentance and forgiveness.

Dr. Seuss’ The Grinch is nearly perfect. It’s annoyance-free without any potty humor or belching. (Who knew you could make a kids’ movie without that?) The only negative I found with this movie is the new version of “You’re a Mean One, Mr. Grinch” (sung by Williams) which sounds nothing like the original and has zero charm to it. Fortunately, it’s not very long and it doesn’t overshadowed the film. With all of this movie’s positive messages and role models, Universal should reconsider calling it The Gospel According the Grinch to which I say, “preach it!” 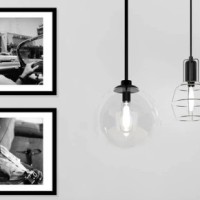