This Day in Pop Culture for January 12

Posted on January 11, 2020 by Jeffrey Totey Leave a comment

1966: Holy TV Series Batman It was on this day in 1966 that the iconic Batman TV series aired for the first time on ABC. Based on the DC comic book character of the same name, the first show began with the episode “Hey Diddle Riddle” and starred Adam West as the man in the cowl, Burt Ward as Dick

END_OF_DOCUMENT_TOKEN_TO_BE_REPLACED

All of ‘Batman’ Window Cameo Scenes

Posted on January 8, 2020 by Jeffrey Totey Leave a comment

END_OF_DOCUMENT_TOKEN_TO_BE_REPLACED 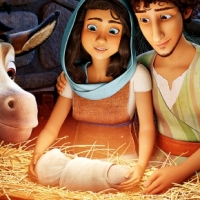