Posted on April 18, 2019 by Jeffrey Totey Leave a comment

CBS presents another one-hour colorized I Love Lucy special this Friday at 8 p.m. The “Funny Money” special includes the episodes “The Million-Dollar Idea” and “Bonus Bucks” and are newly colorized with a nod to the 1950s period in which they were filmed.

In “The Million-Dollar Idea,” Lucy and Ethel attempt to get rich quick by bottling Lucy’s homemade salad dressing. A commercial pitch on a local TV program results in hundreds of orders, but Ricky soon determines that the girls are not charging enough to cover the cost of production and distribution. They decide to fill the initial orders and get out of the business fast, but a second TV appearance, designed to discourage additional sales, results in even more orders! The episode first aired on January 11, 1954.

In “Bonus Bucks,” it’s the Ricardos vs. the Mertzes when both couples claim ownership of a dollar bill worth three hundred dollars in a newspaper’s “Bonus Bucks” contest. To save their friendship, they decide to split the winnings, each couple keeping half the actual bill until it can be redeemed. Unfortunately, Ricky puts the Ricardos’ half of the dollar in his pajama pocket – and Lucy sends those pajamas to the laundry! The epsiode first aired on March 8, 1954.

tagged with CBS, I Love Lucy 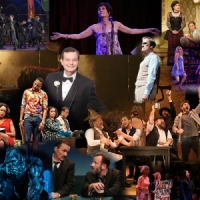 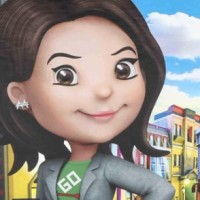